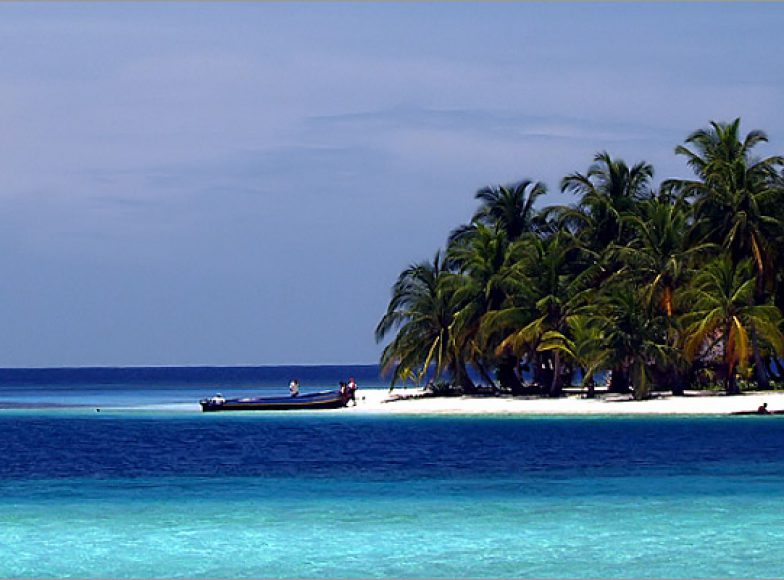 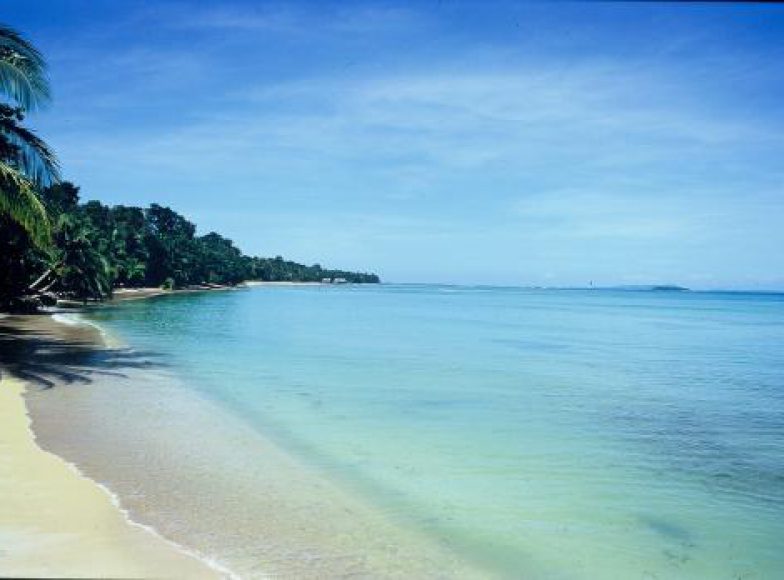 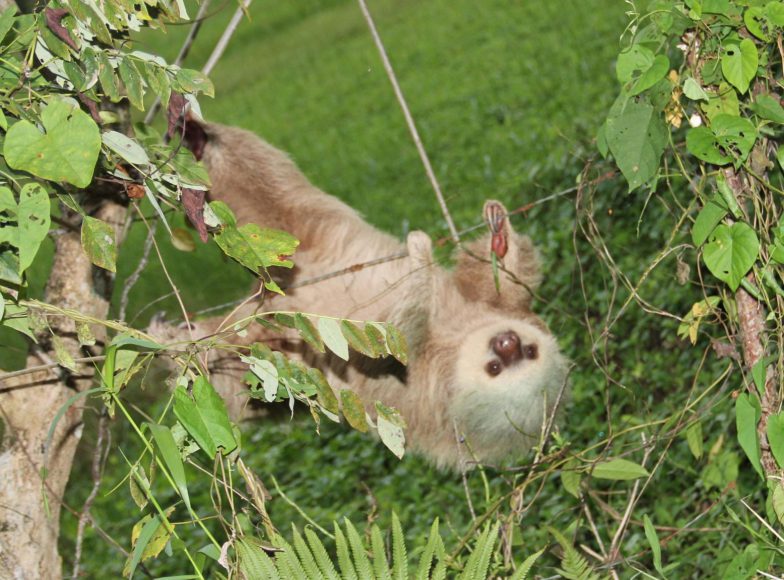 Bastimentos National Park encompasses a large portion of Bastimentos Island, Zapatilla Cays, in addition to the waters and mangroves that surround the island. The western tip of the island, better known as Bastimentos, is clearly visible from Bocas town, and is NOT part of the National Park itself. There are several private residences, inexpensive hotels and eateries here. You could easily base yourself here, which would place you within walking distance to some of the nearby beaches, which are part of Bastimentos National Park. The eastern side of the Bastimentos Island faces the Caribbean Sea, which tends to be a rougher than the western side of the island. The landscape is much more dramatic, with large rock faces, stretches of long beaches, in addition to coves and inlets. While there are numerous beaches that provide ample space for boat landings, most of the beaches CAN NOT be accessed due to rough seas and/or rocky shoreline; between the months of August-Ocober the water conditions tend to be the calmest, and at times you can access this portion of the island.   Virtually all of the beaches are located on this side of the island, including the ever so popular Red Frog Beach, which got it’s name thanks to a small, red poison dart frogs that inhabit the beach. In fact, these frogs can only found here, and more specifically on a small hill that rests southern end of the beach. It is almost impossible to miss them, as they are walking all over the place, as well as situated in the underlying brush. Furthermore, they make a rather loud, raucous sound throughout the day. Red Frog Beach is the island’s most accessible and frequently visited beach area. The most common entrance point is via Magic Bay, which is located on the opposite side of the island(western side). From here you can walk along a well defined trail for approximately 5 minutes before arriving at the beach area. The other beaches, both north and south, can be reached by hiking, however, they are not as accessible or popular with tourists. In order to reach the southern most beaches you will have to walk along the beach itself, or along a narrow trail that runs parallel and just off the beach; often the trail is not marked but you shouldn’t have too much of a problem. There are no trails that lead to the interior of the island, so expect to get wet. The island’s western side is lined with dense, lush mangroves and enjoys calmer water, partially due to the water’s shallow depths. There are no entrance points to the National Park from this side of the island, other than one trail mentioned above. If you venture to Crawl Cay or Zapatilla Cay, both of which are situated on the southern portion of the island, you will most likely access these points via the western side of the island. The National Park contains a healthy supply of wildlife, however your exposure to them is somewhat limited. White faced and Titi monkeys are common, as are sloths and the ever so poplar red poison dart frogs. Due to the fact that no interior trails exist you will be limited to the whatever makes itself visible along the Caribbean coast.

Favorite8photo by: www.theinertia.com This island is the closest to Bocas Town, and a perfect place to get away a little if you want to spend a quiet day and away